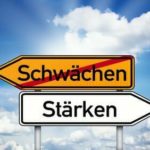 The word weakness is negatively occupied. In the context of a job application, the positive side of weakness that always exists must be highlighted. Every person has weaknesses, which every person knows. Applicants are often of the opinion that emphasizing their strengths is the only way to the desired position. They even deny that they own weak points. Or they say that they have not come into play in the previous company. They make two mistakes. First, your weaknesses give you reason to fight them to experience self-improvement. Secondly, applicants miss the loyalty to the company, which a future employer will see very negative. The recruitment opportunities are falling rapidly.

Vulnerabilities that can be criticized can be roughly divided into two categories. Easy to name are the obvious significant weaknesses that are already in the CV. Less obvious are the secret weaknesses that only become apparent in everyday professional life. The latter try to work out human resources through targeted questions in the interview. Get to know the approaches here.

Weaknesses in the CV

A straight-lined CV is becoming increasingly rare. The times when positions and businesses have been kept alive throughout working life are coming to an end. Even during the training stringent courses are no longer standard. Nonetheless, recruiters ask for help in the job interview if there is a change or a gap in the CV. There can hide weaknesses that need to be discovered. A comparison with certificates will be interesting. Applicants should be able to provide a plausible explanation for all of these points in order to explain these points less as real weaknesses, or even to reinterpret them in their own strengths. For the following examples, get perfect answers to make a good impression:

Before a job interview, consider how to explain such points. It can also be considered to change the CV in such a way that gaps are already filled with explanations there. Your application will not fail because of such things, in addition you have in the four-eyes conversation the opportunity to explain negative characteristics in more detail and show why you are suitable for these tasks.

You have already completed the test before. Hence you can not start it again.

You must first complete the following:

Test complete. Results are being recorded.

Concentrate less on your real weaknesses than on your personal strengths. With clever answers and carefully considered own questions you will convince in a personal conversation. 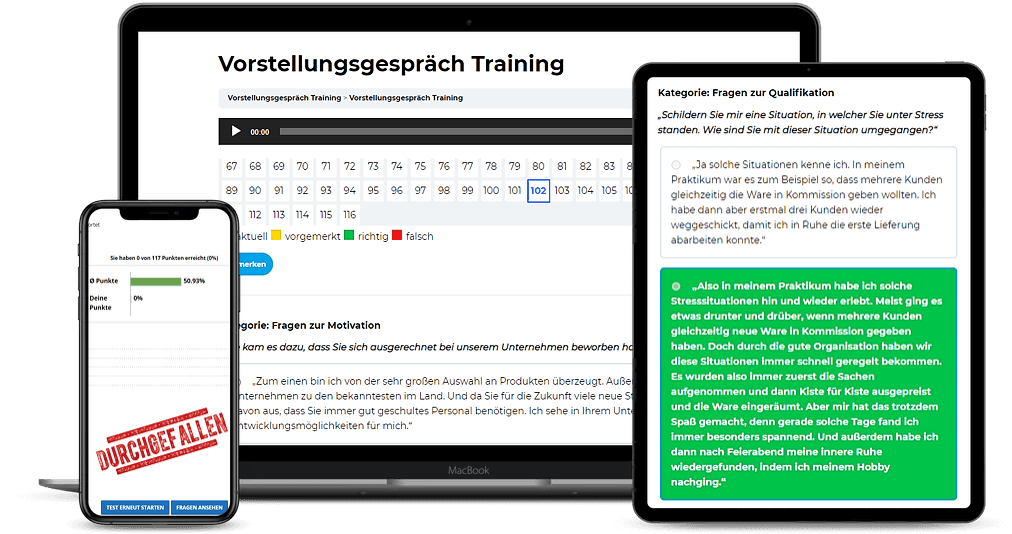 This website uses cookies to improve your experience while you navigate through the website. Out of these cookies, the cookies that are categorized as necessary are stored on your browser as they are essential for the working of basic functionalities of the website. We also use third-party cookies that help us analyze and understand how you use this website. These cookies will be stored in your browser only with your consent. You also have the option to opt-out of these cookies. But opting out of some of these cookies may have an effect on your browsing experience.
Necessary immer aktiv
Necessary cookies are absolutely essential for the website to function properly. This category only includes cookies that ensures basic functionalities and security features of the website. These cookies do not store any personal information.
Non-necessary
Any cookies that may not be particularly necessary for the website to function and is used specifically to collect user personal data via analytics, ads, other embedded contents are termed as non-necessary cookies. It is mandatory to procure user consent prior to running these cookies on your website.
SPEICHERN & AKZEPTIEREN
Login
Lost Your Password?